FAW Corporation is the oldest Chinese automotive company, as well as one of the largest world companies in general, which is stably included in the Fortune Global list (500 corporation with the greatest capitalization). FAW was formed in 1953 and built the first automotive plant in the PRC.

In 2019, the company hired us to develop printing material, the purpose of which was to strengthen the positions of the FAW cargo equipment unit in the Russian market. The volume of work included a number of printed products, including the general image catalog of the company, as well as the catalog of all products.

The task of the booklet is elegant, but informatively talk about the company, its presence in Russia, and also inform potential dealers about the opening opportunities when working with FAW. The catalog contains data on all cargo models of the manufacturer.

The booklet is filled with a large number of various types of page – Timline with the history of the corporation, infographics with basic indicators, a map of presence, and so on. As a result of the work, we received positive feedback from colleagues from FAW, and after that were hired to perform additional tasks. 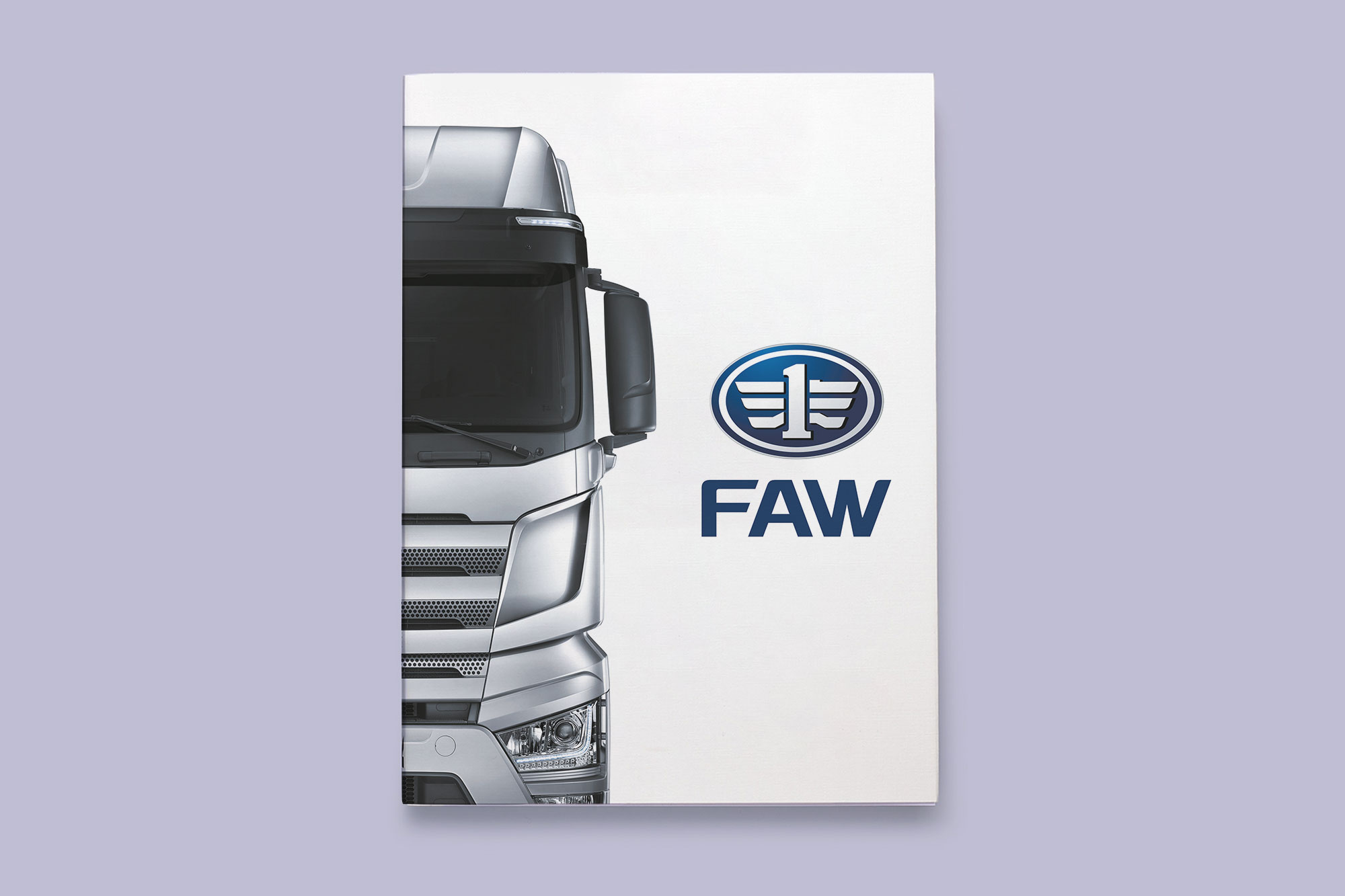 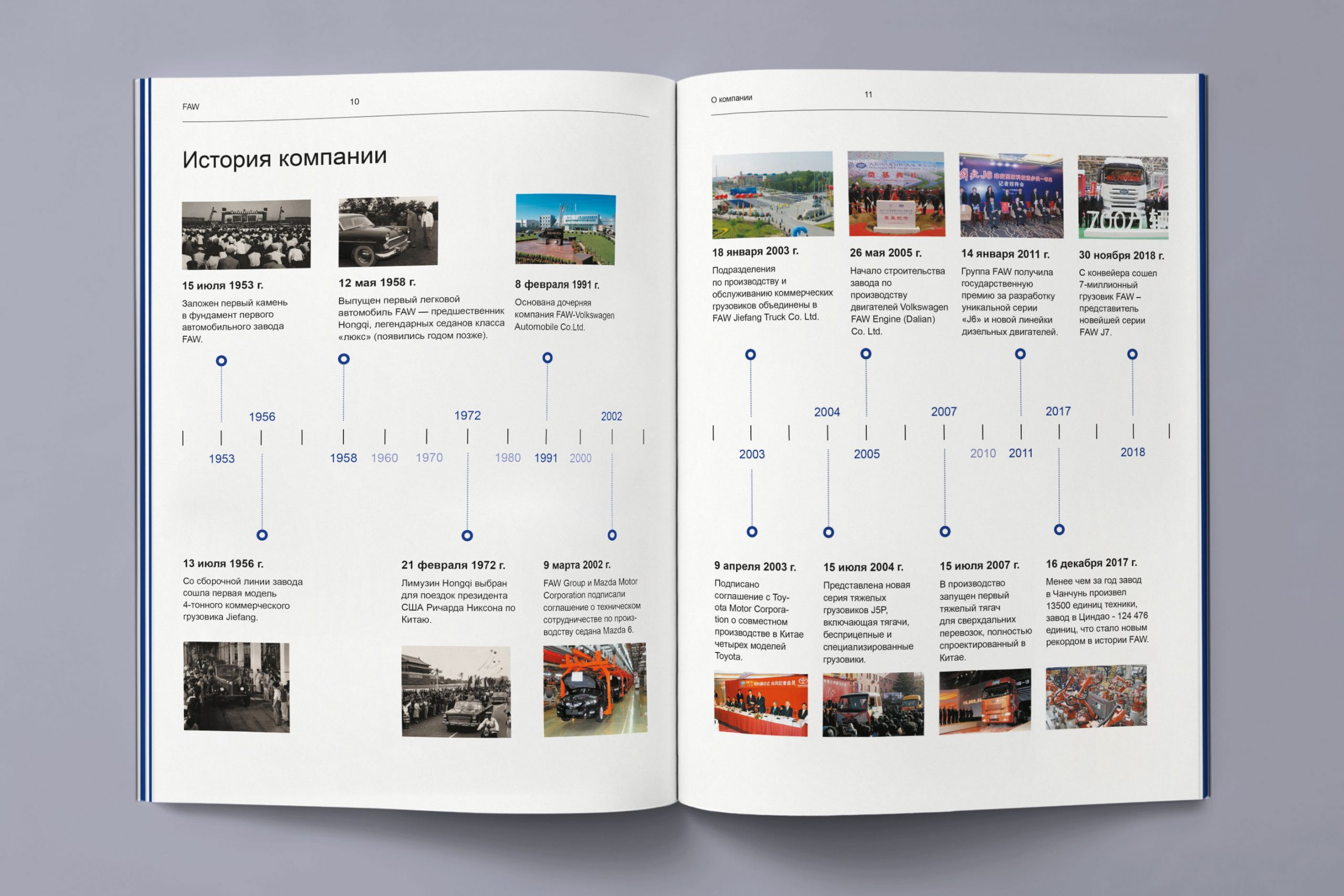 The booklet is filled with interesting and diverse information and image turns that prevent the user from getting bored when familiarizing with him. 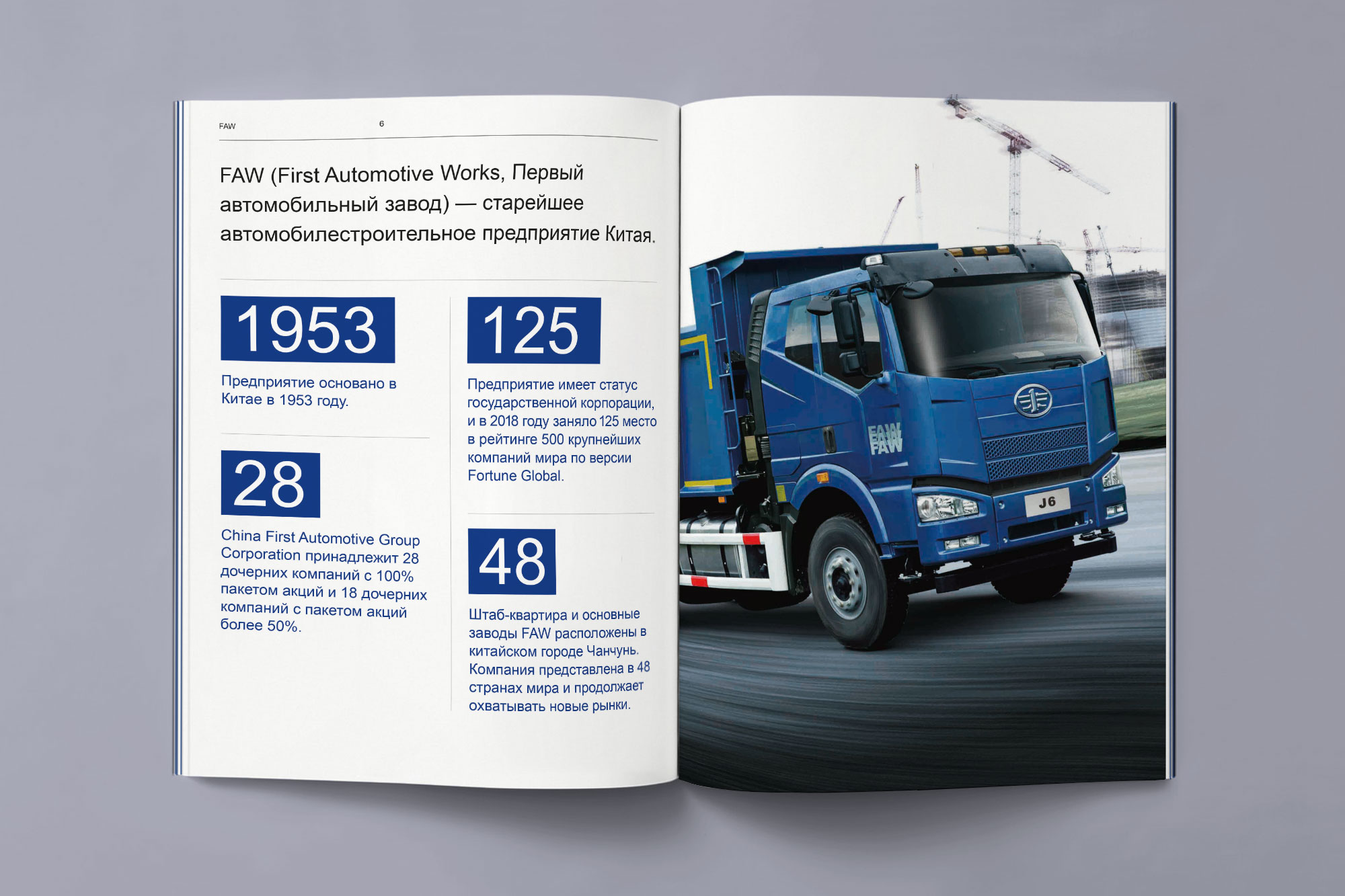 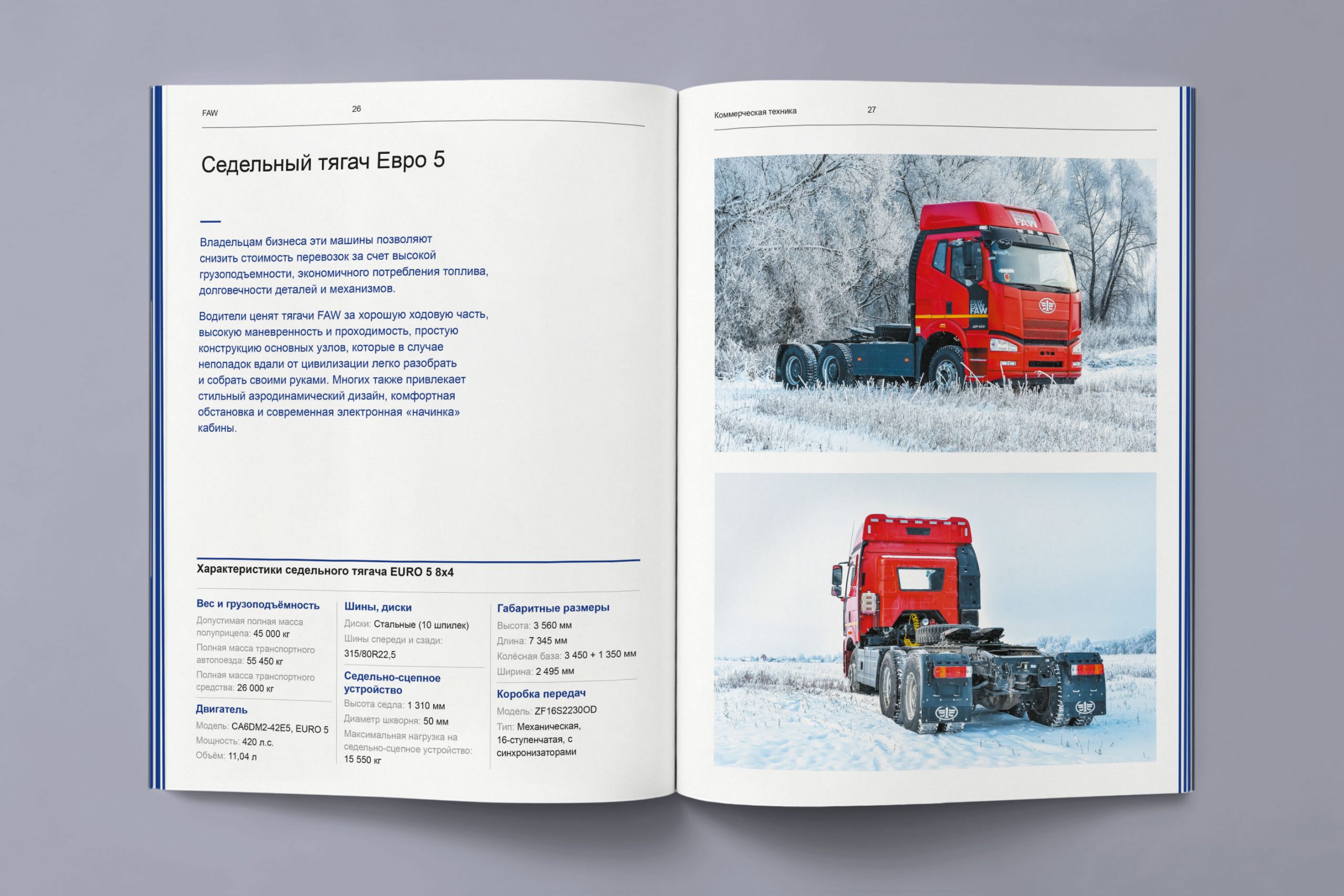 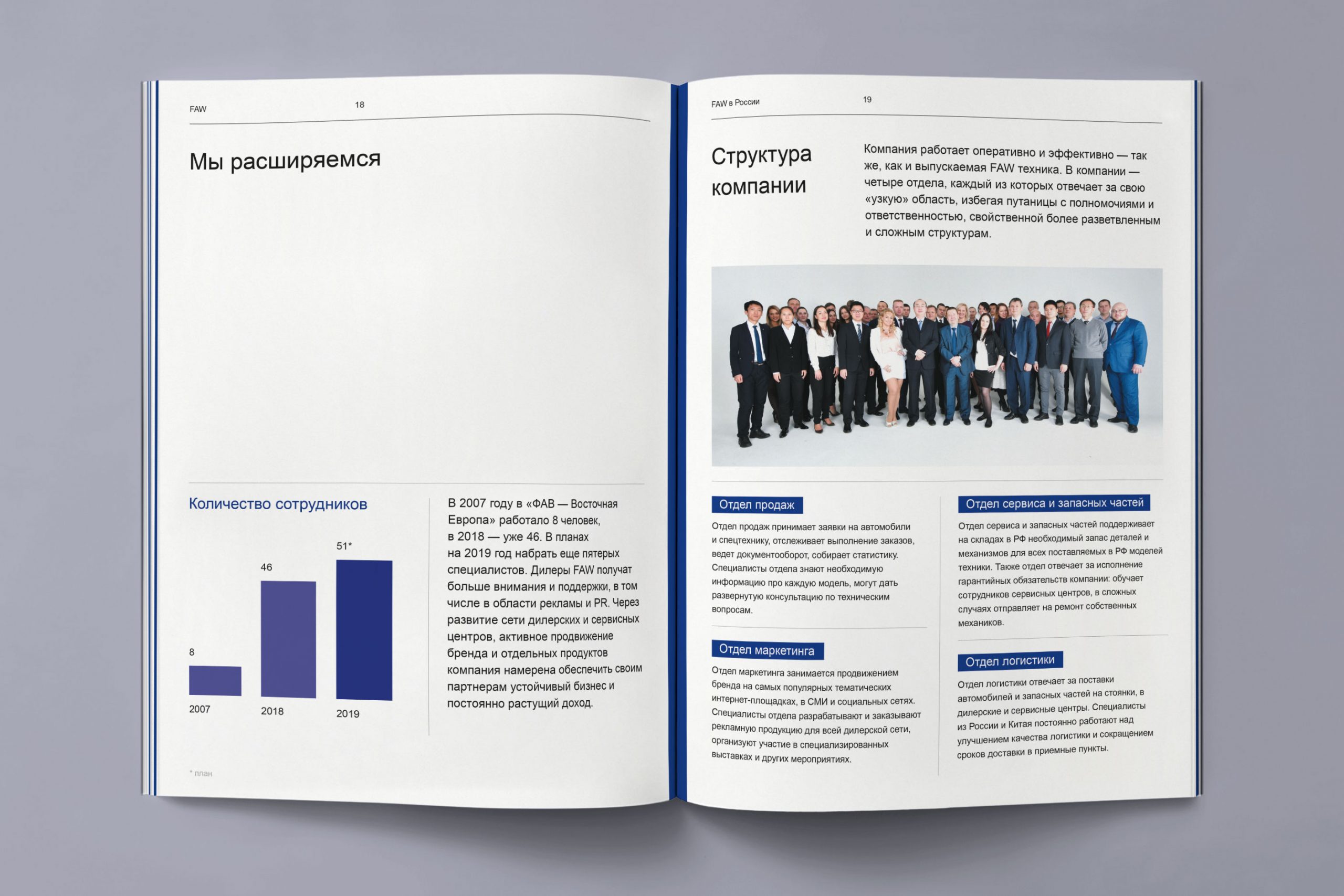 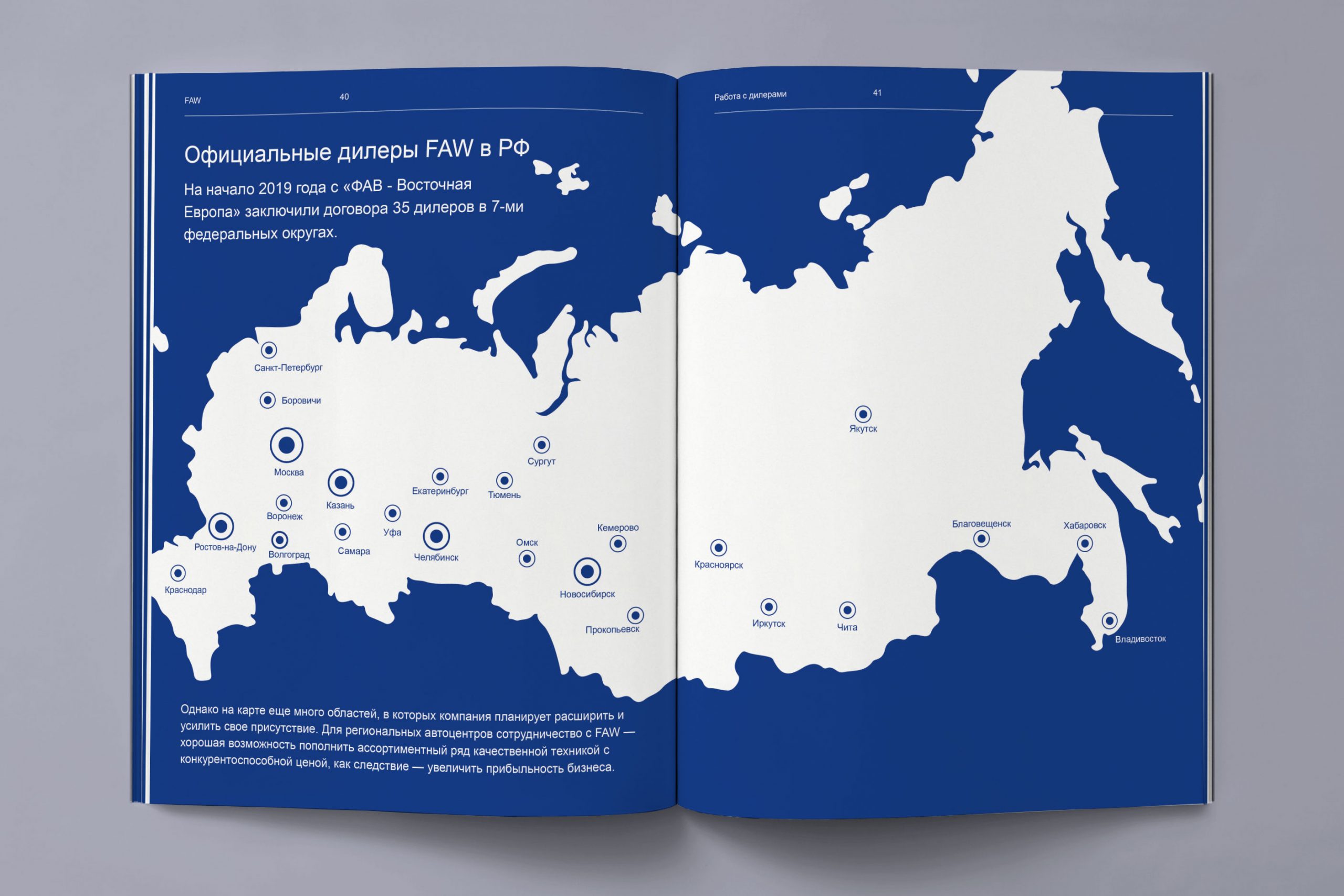 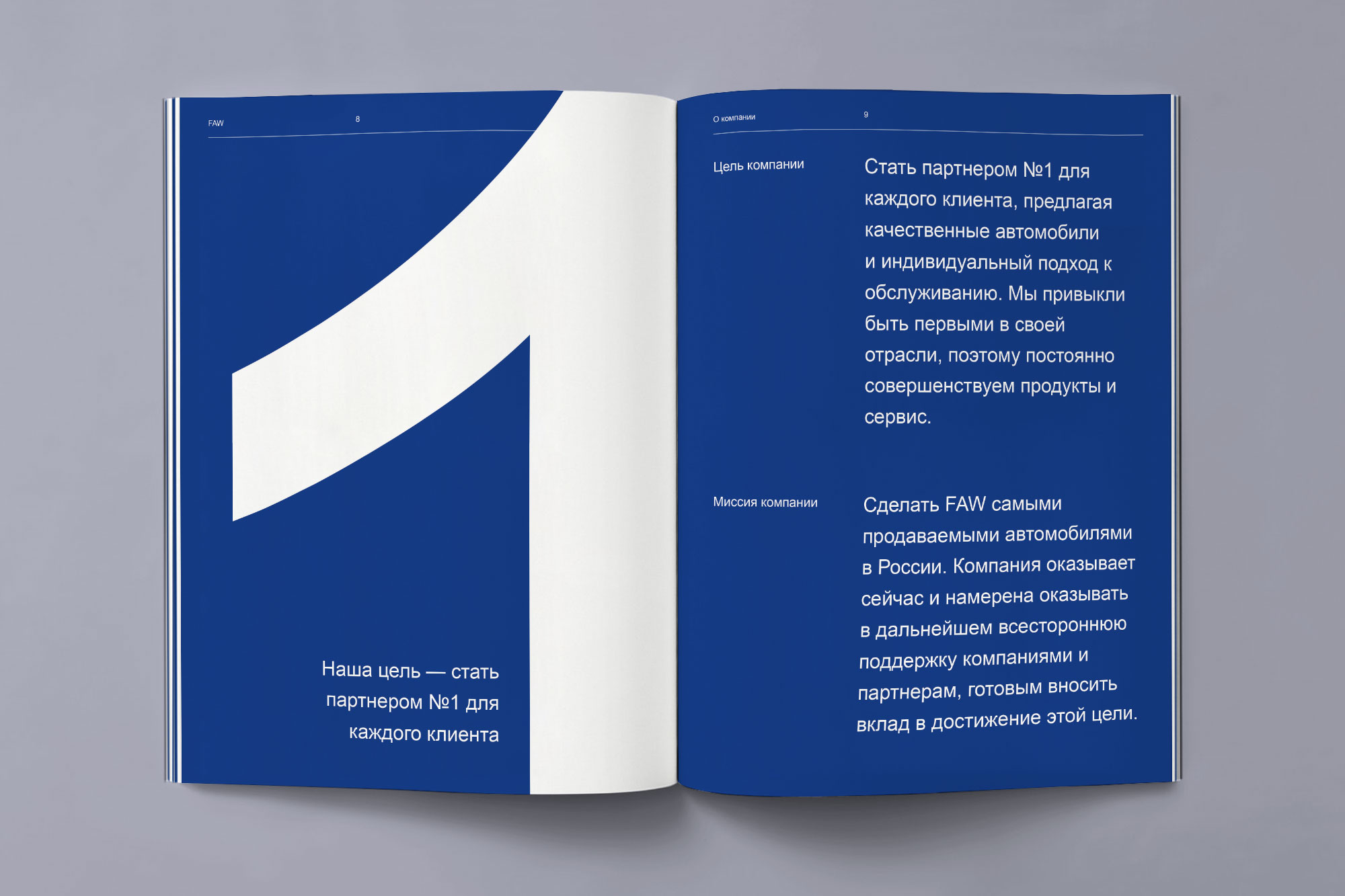 Additionally, we also developed a catalog of all FAW cargo equipment. 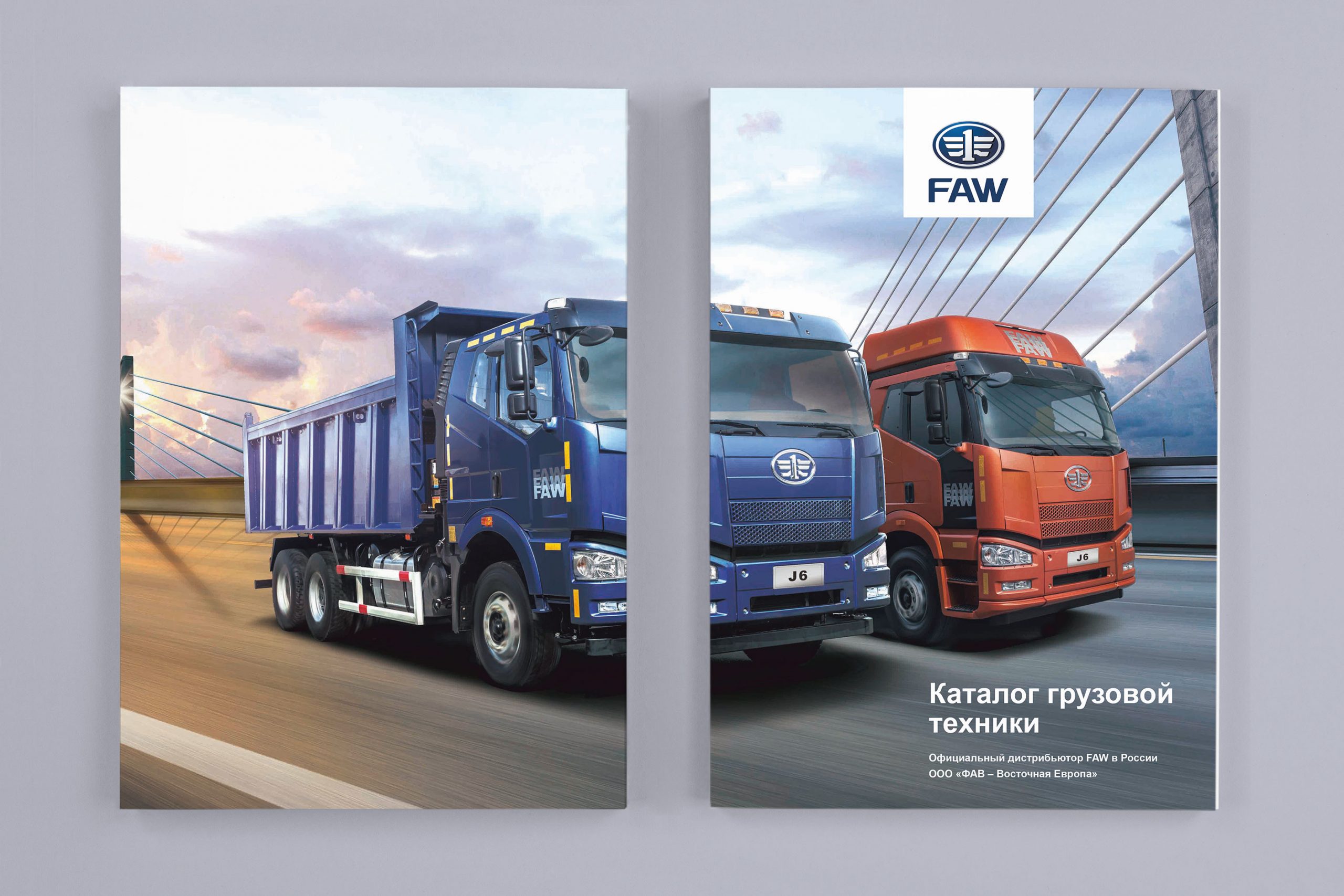 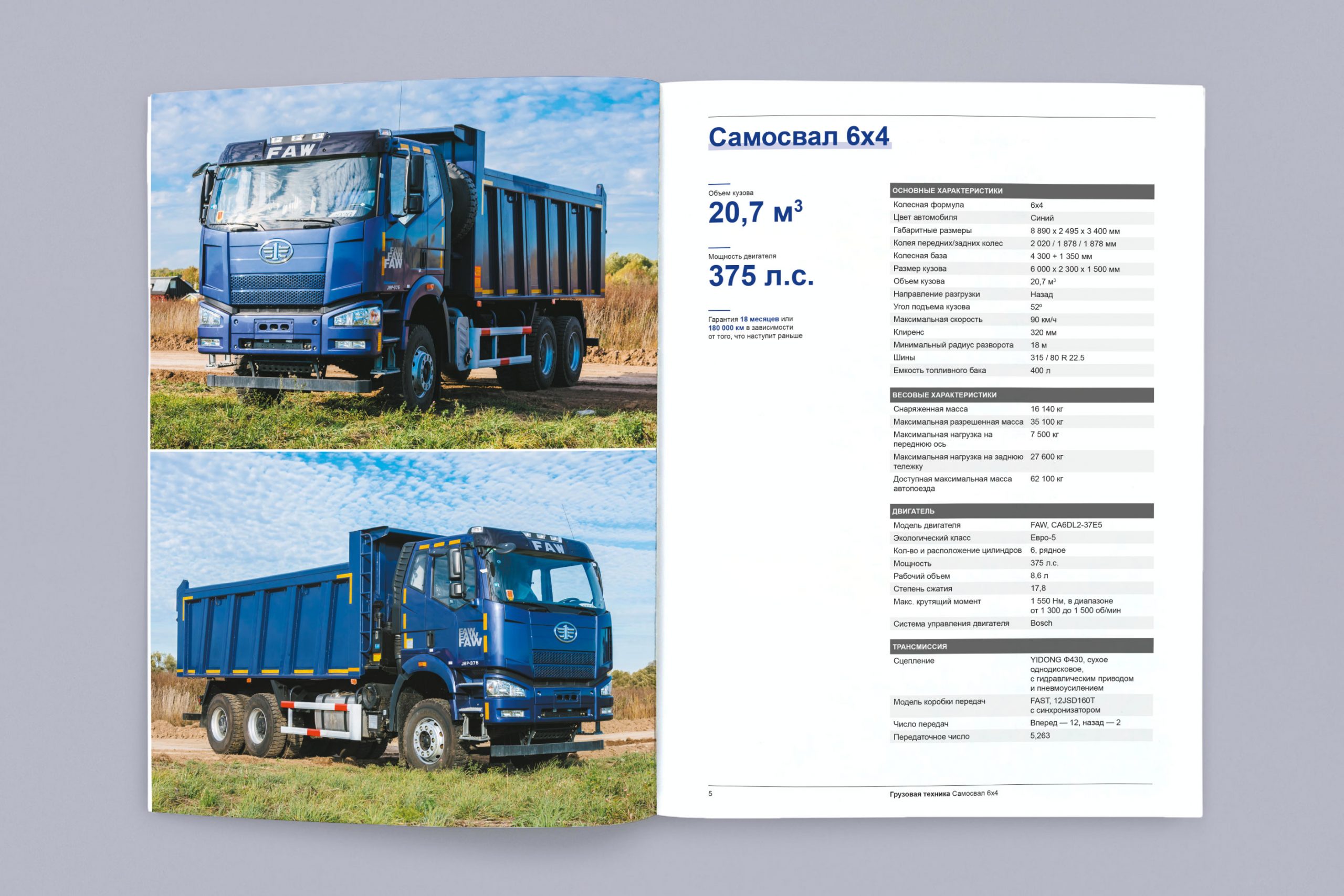 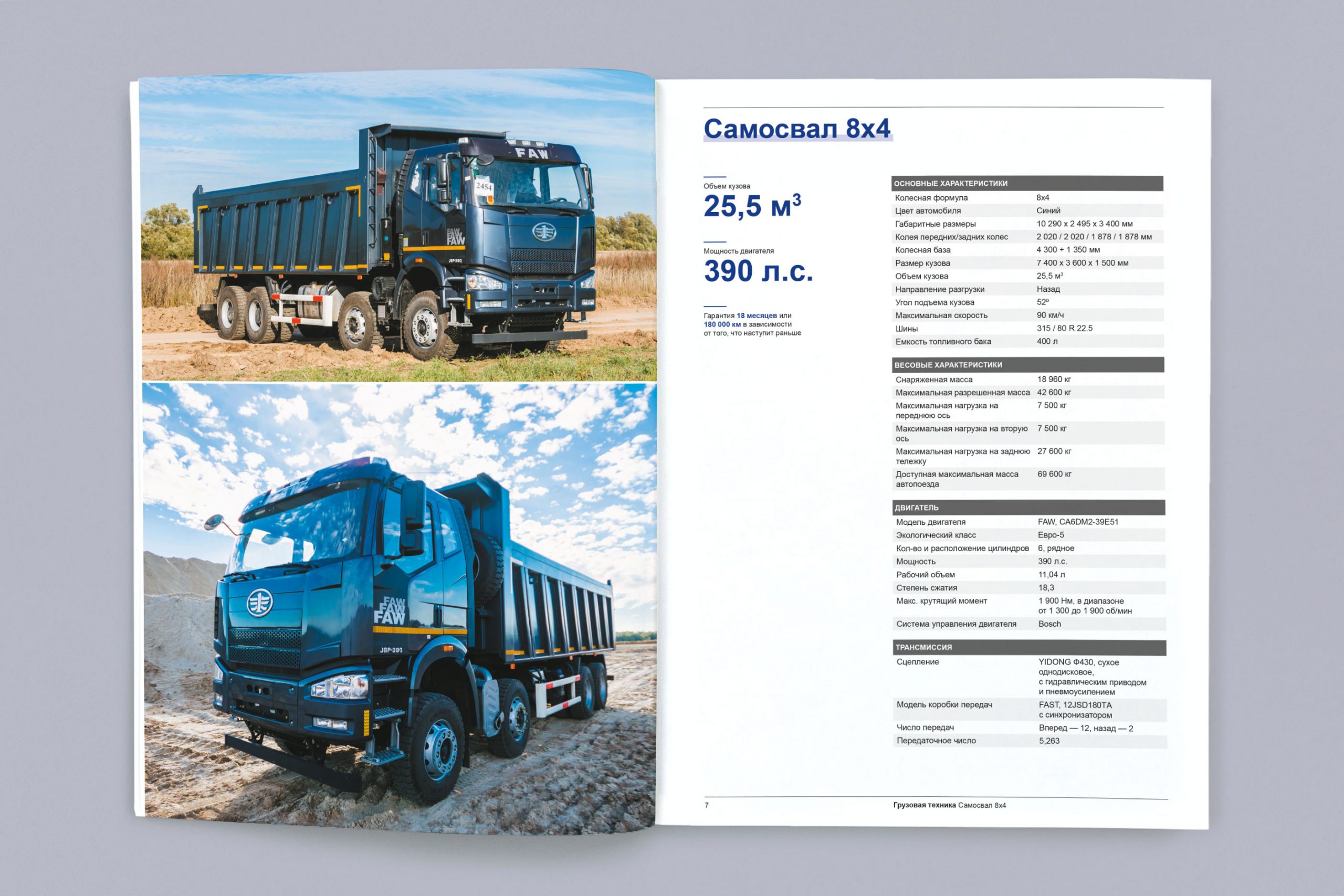 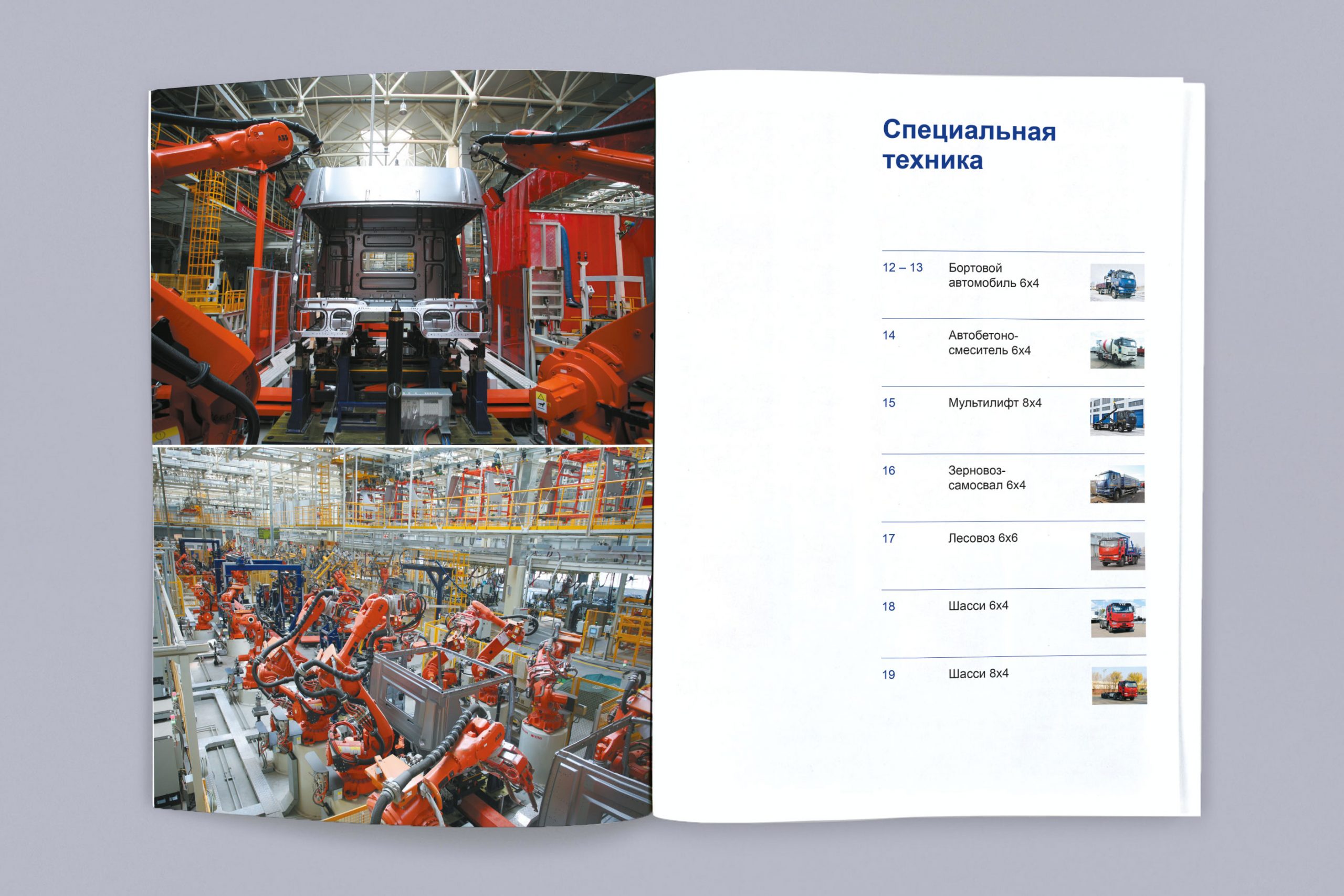 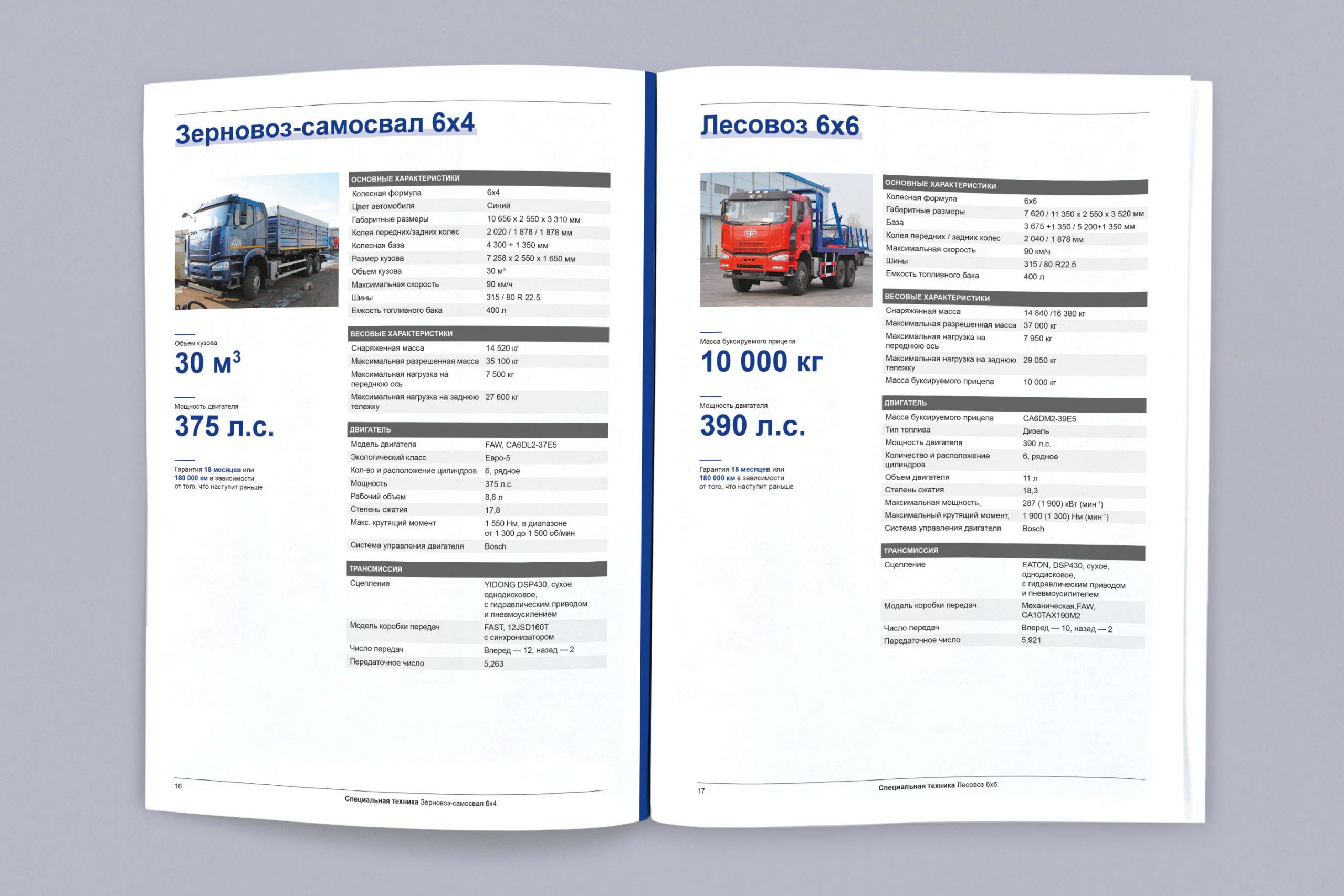 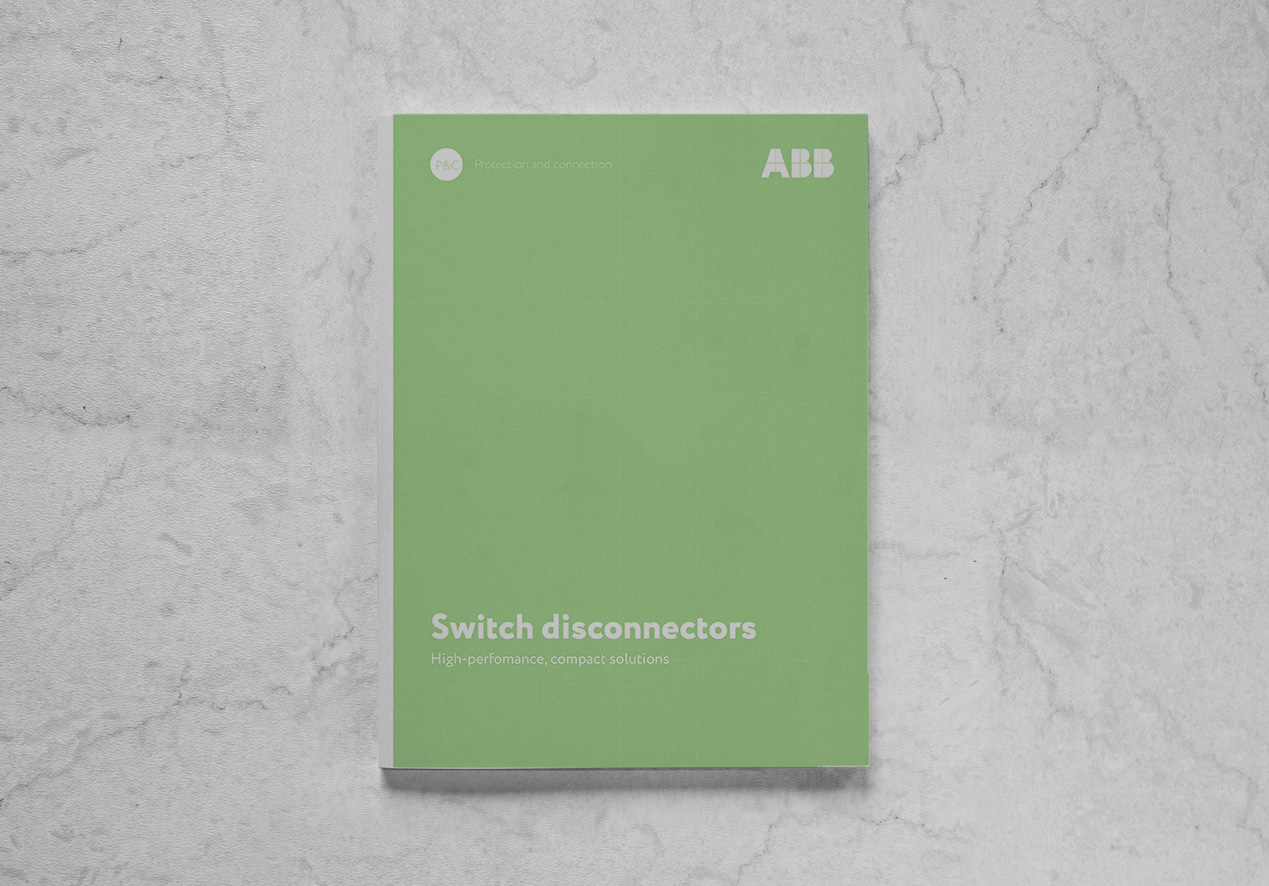 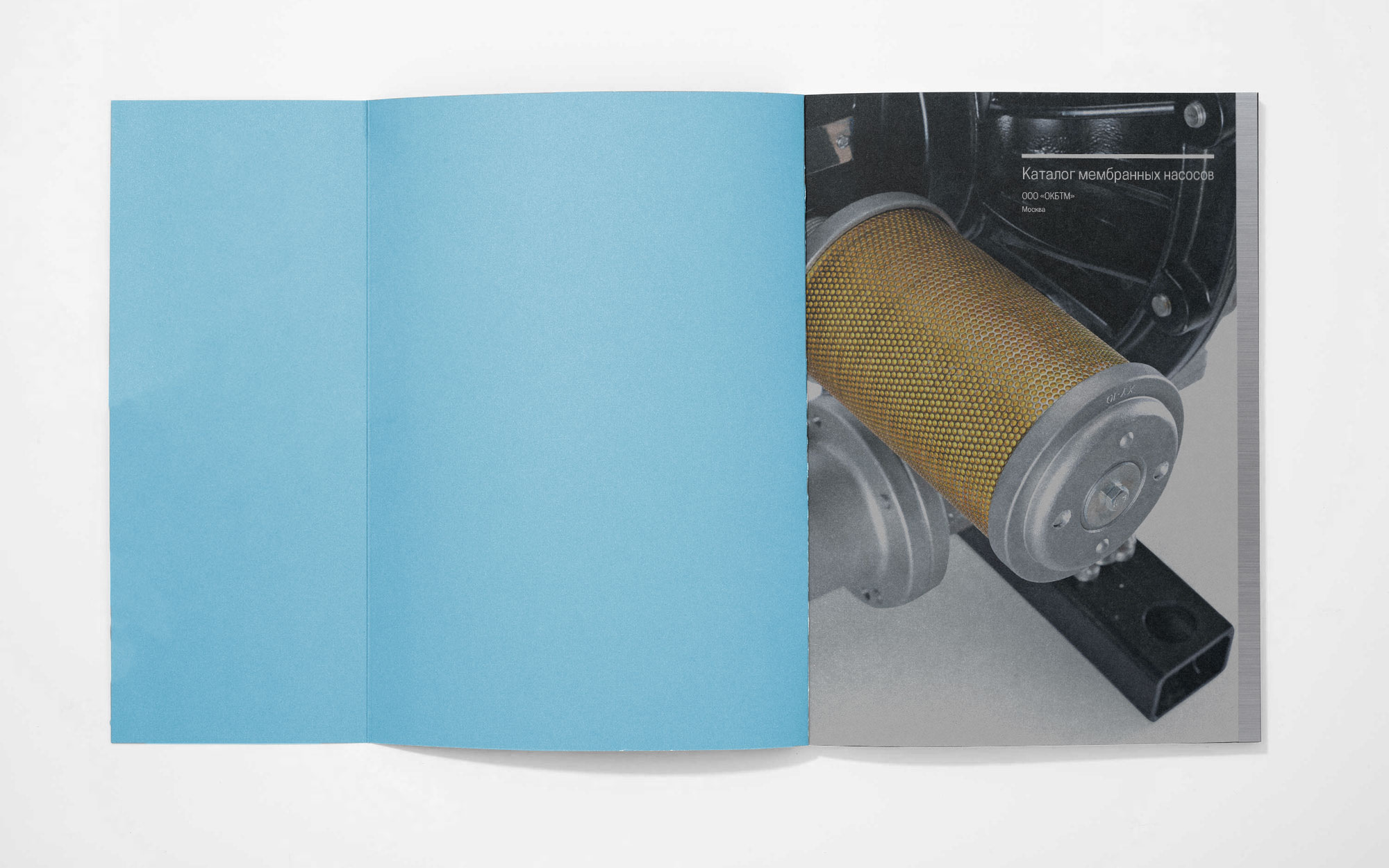