Naming and brand creation for fast-food restaurants chain in Russia and USA.

In 2017 we were commissioned to create a brand concept for fast-food restaurants in Moscow. The company had no name or idea. Specialization is making doners. Our goal was to create a brand that would be felt as modern and international, but not something sold at the closest subway station.

As a result, we have created name and branding system which we still think as one of our most powerful works. Creating a name we have looked carefully at the word «Doner».

First, we noticed hidden «one» inside and thought about ONE DONER as a name. We pushed a bit harder (see manifesto) and saw that cutting a couple of elements from D and N we can find «LOVE» as well. The name came to our brain in a second — One Love: Doner.

Here you can see how the word DONER is transformed into 3 different ones: ONE + LOVE + DONER. To underline the concept we have created a remarkable and elegant grid from the word DONER. This grid becomes the main brand DNA element. One Love: Doner
01. Main logotype

Next step we have created a custom font for the brand. As each grid element is a simple square every letter has to perfectly fit the cell. Moreover, overlapping glyphs above DONER letters should be felt like a logical continuation of each other. As a result — here is OLDY COMPLEX Font. 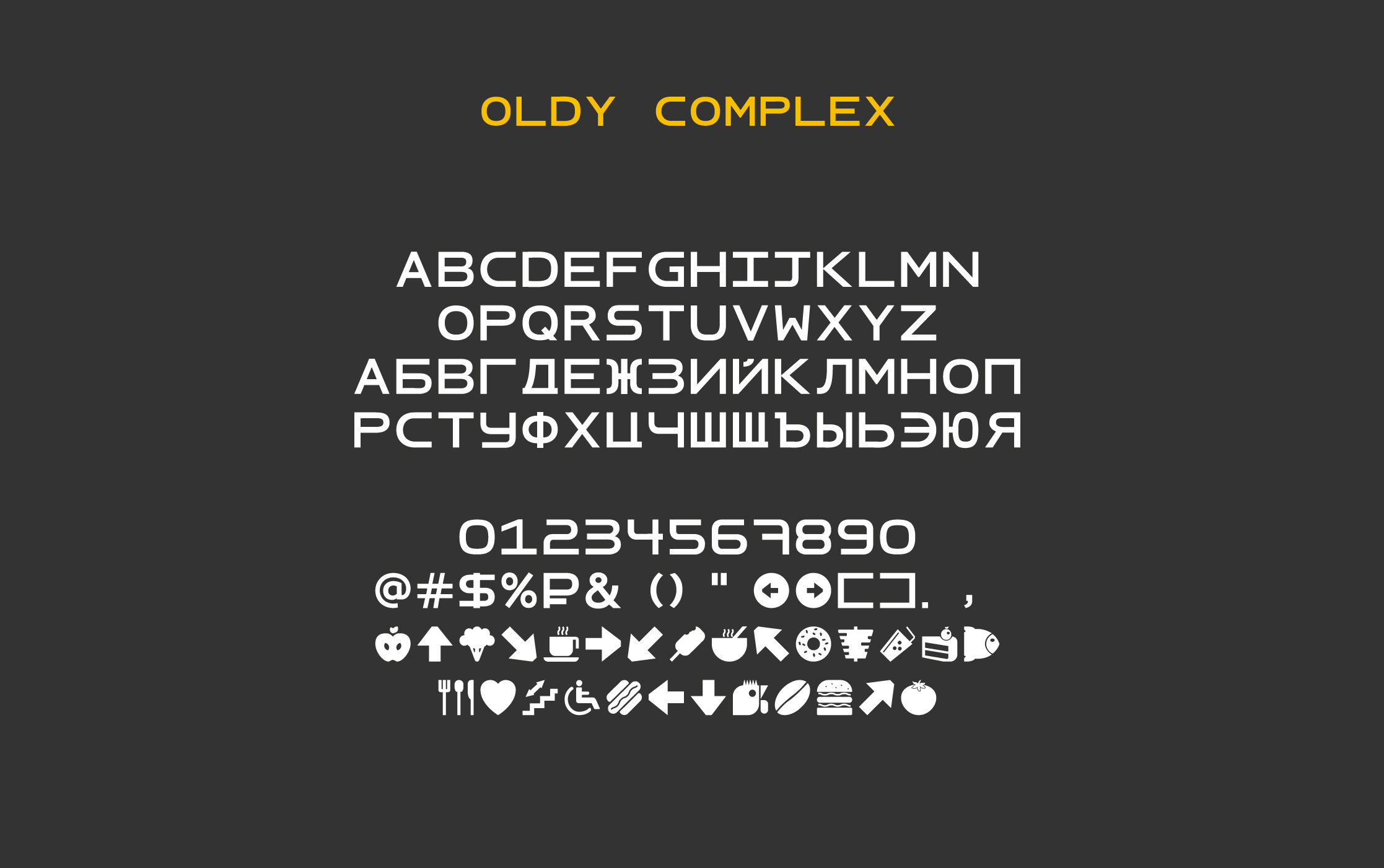 Using the grid and OLDY font allows us to create any brand element within seconds and still be remarkable and interesting. 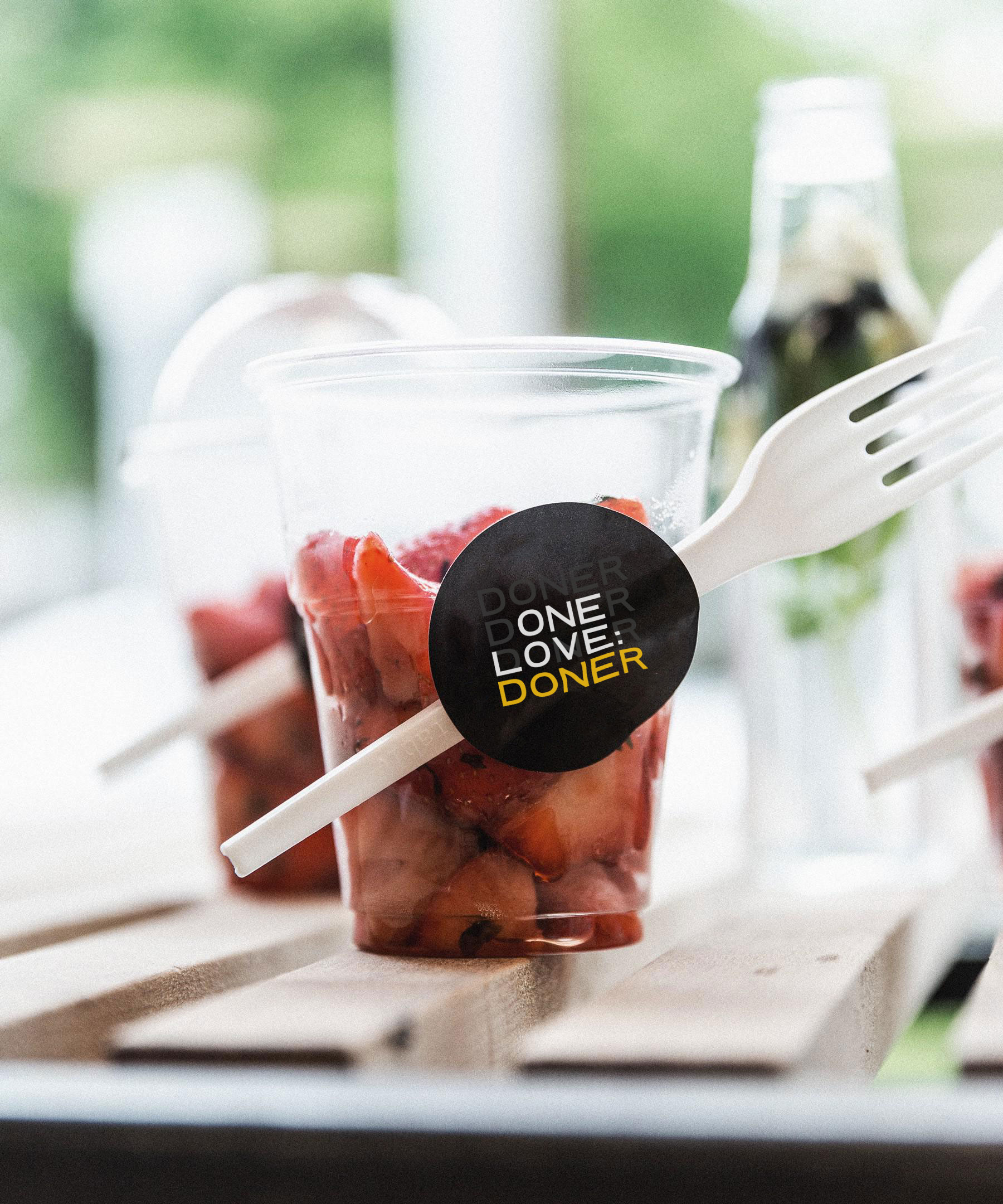 The music in the cafe is visualized with the brand animation created by our team.

Another important brand element developed by our team is the icons set. Each icon also fits the grid cell. Moreover, icons are coded into the OLDY font. Using small caps you get no letters but these icons. It allows you to create branded elements for any company employee — you just need to open Microsoft Word or Excel and you can make something cool and recognizable. 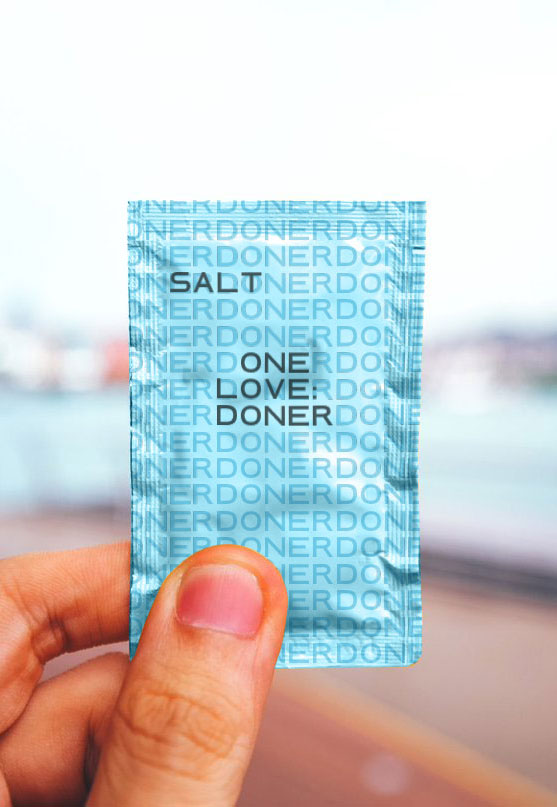 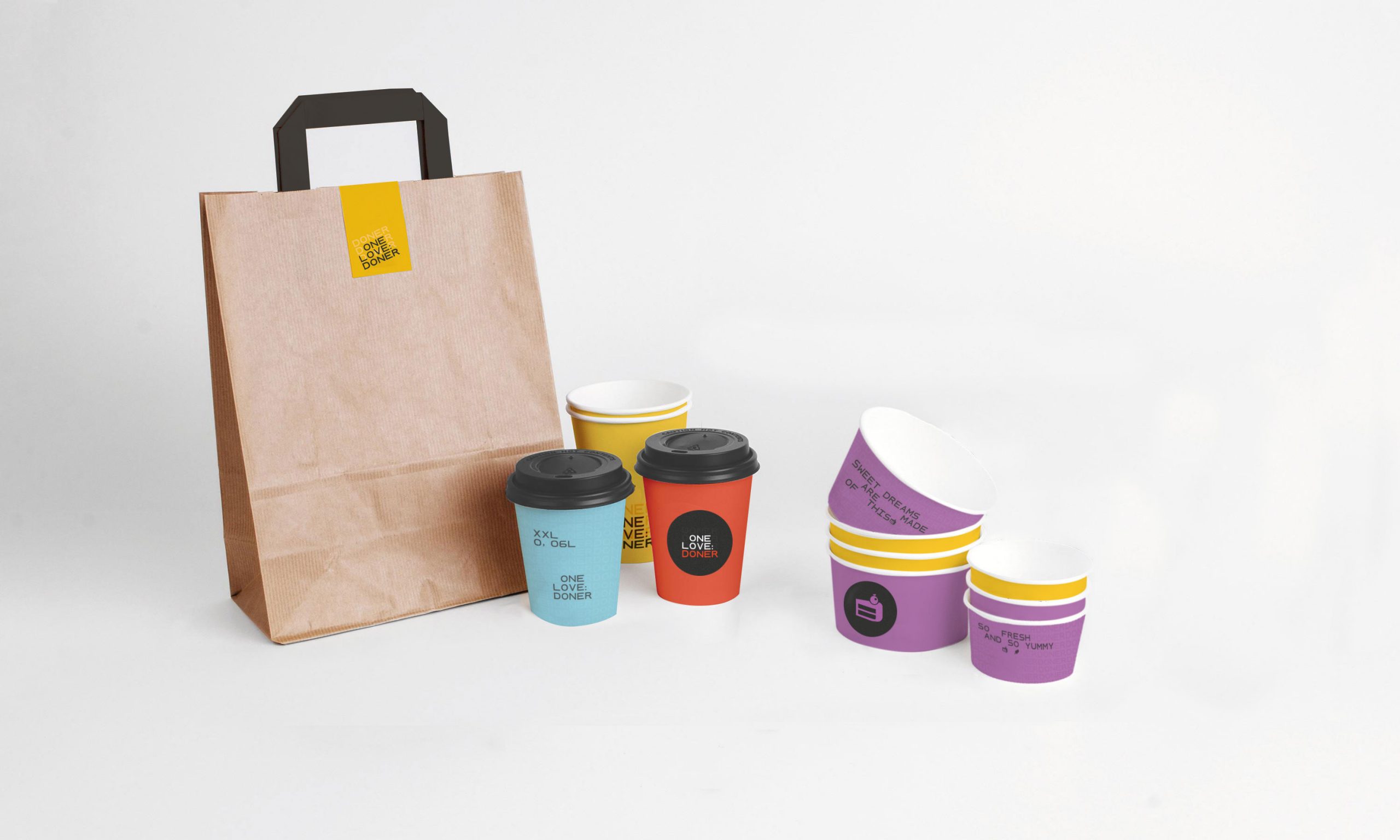 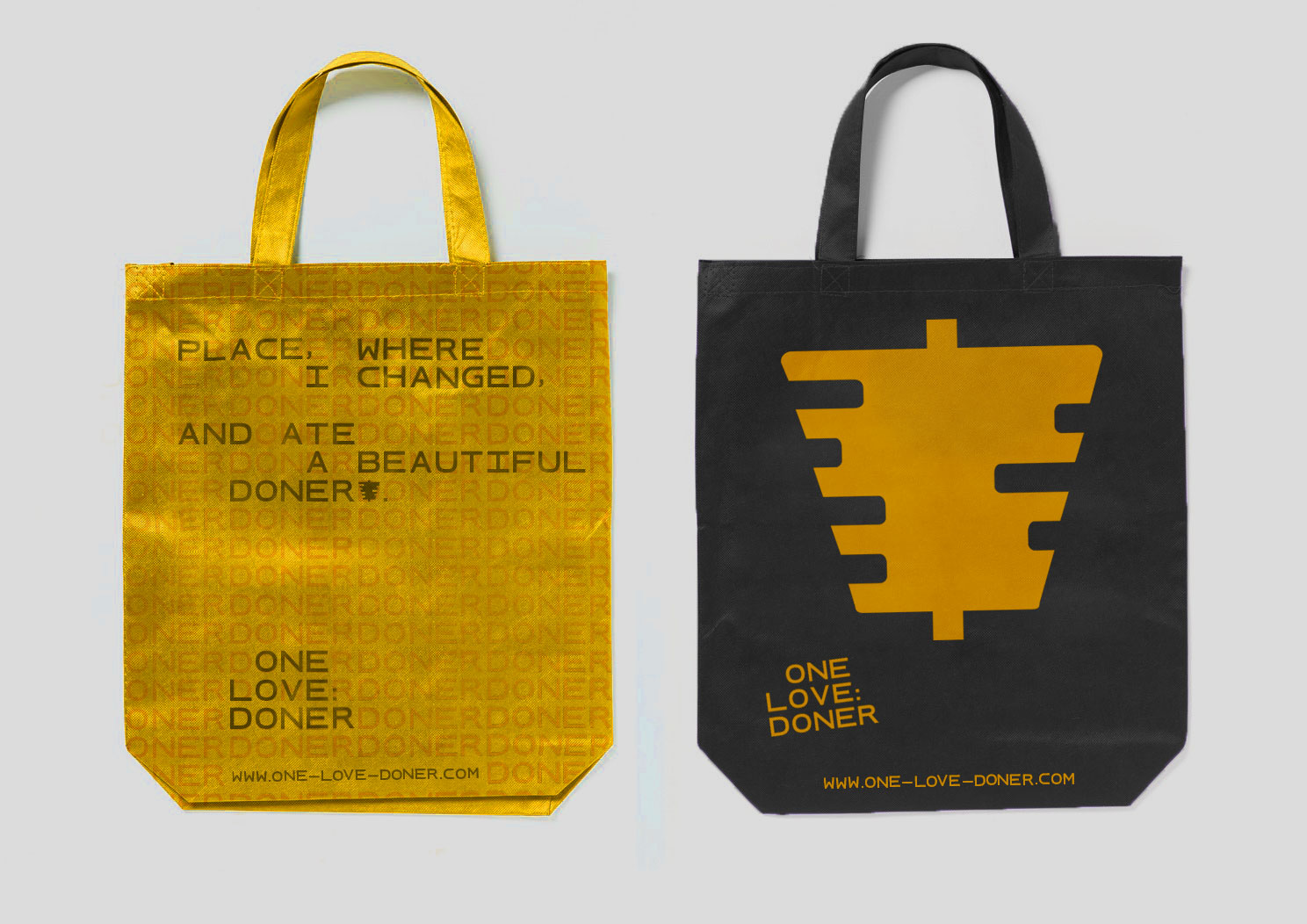 In addition, we have developed the rules for employees’ uniforms and souvenir apparel. 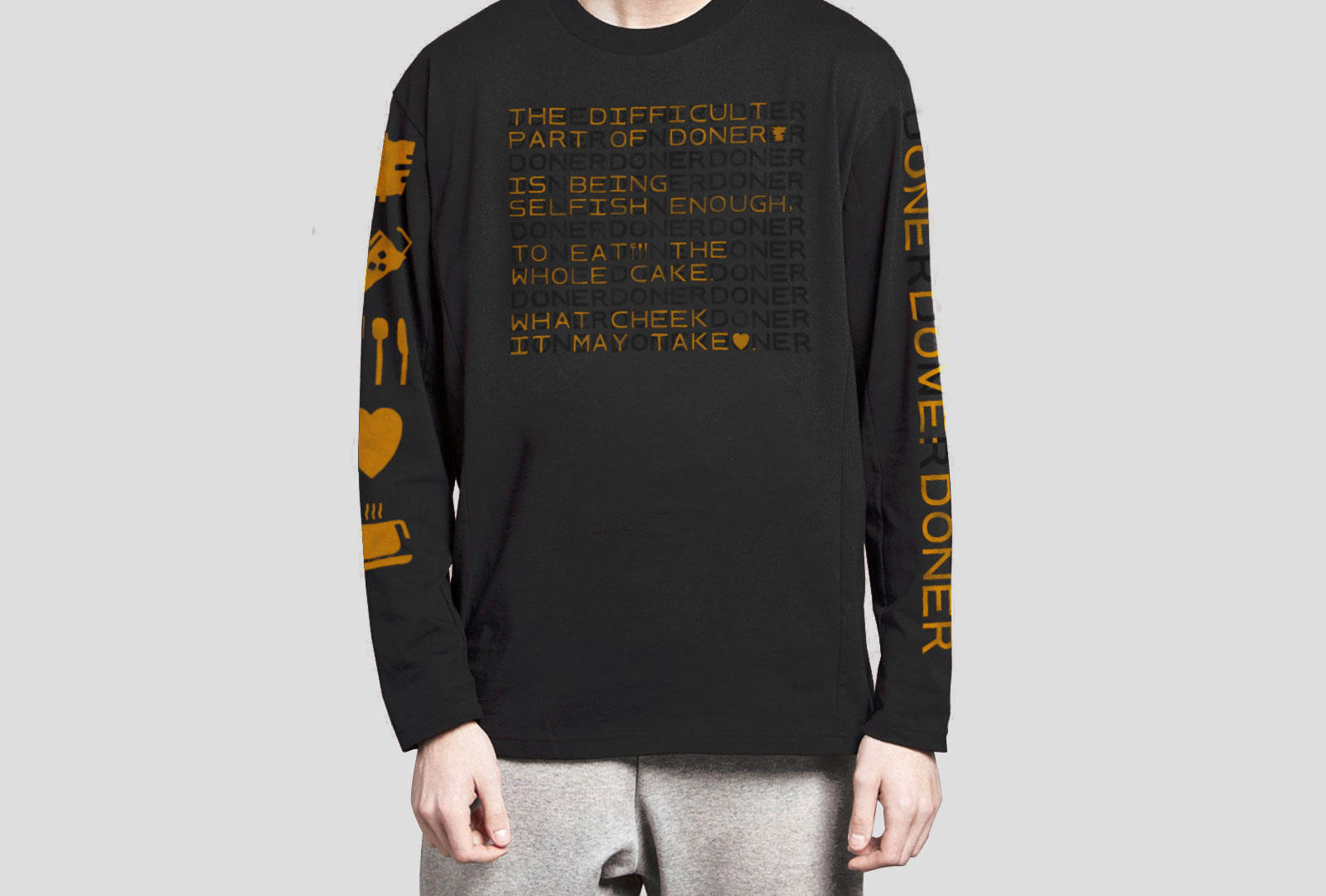 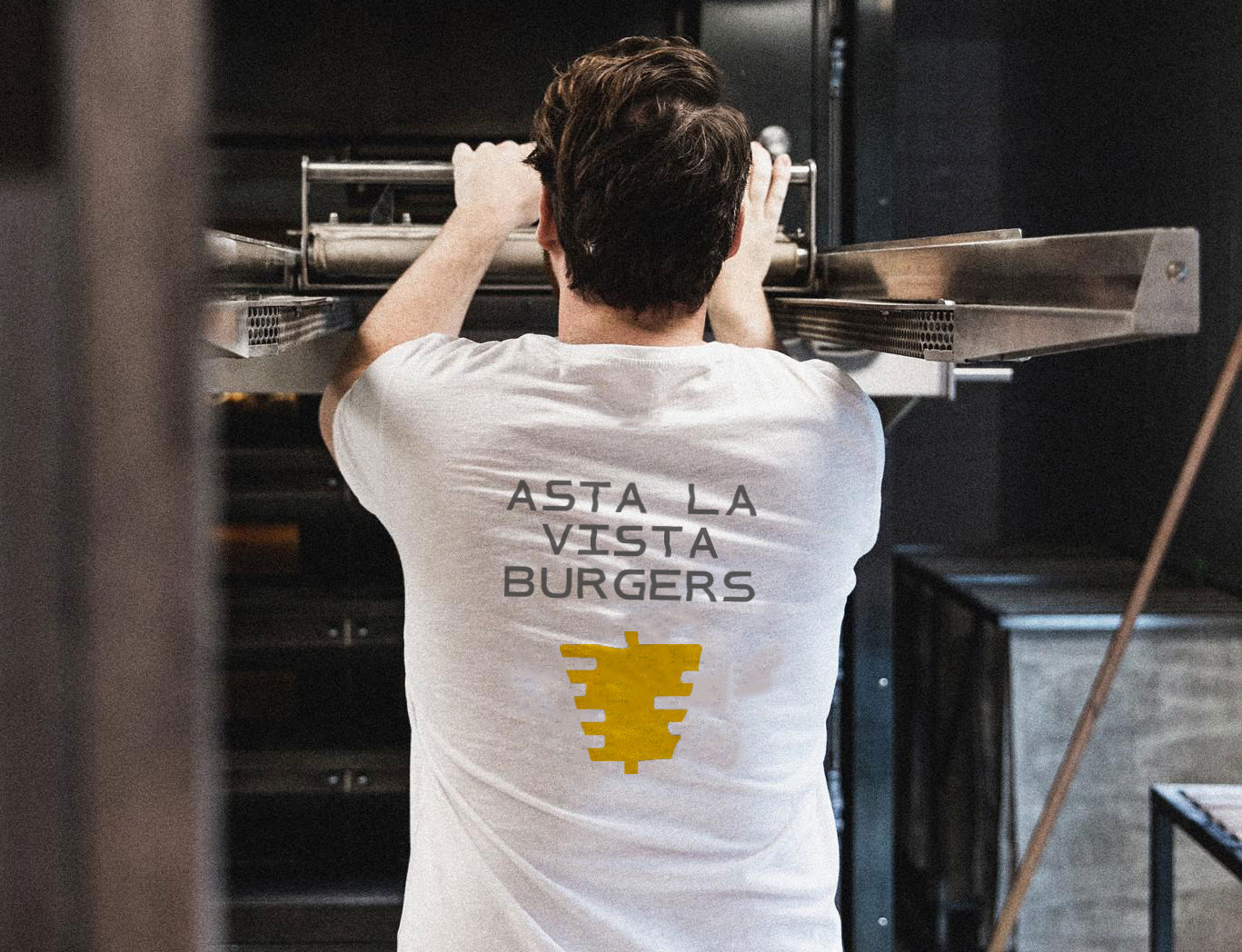 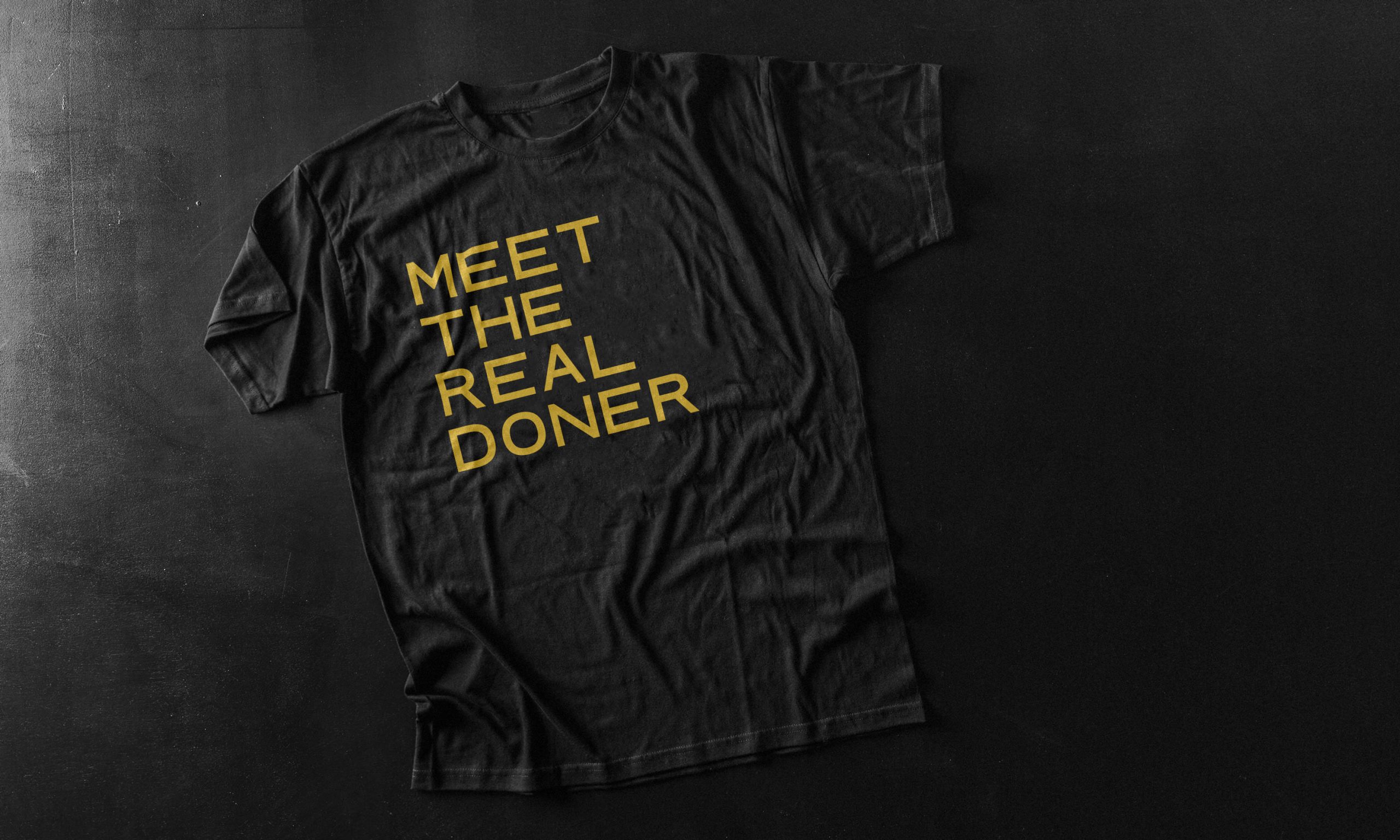 Simple rules follow major graphic language ideas that makes any layout look branded (in a good way) but still cool (as the brand by itself is cool and humanistic). 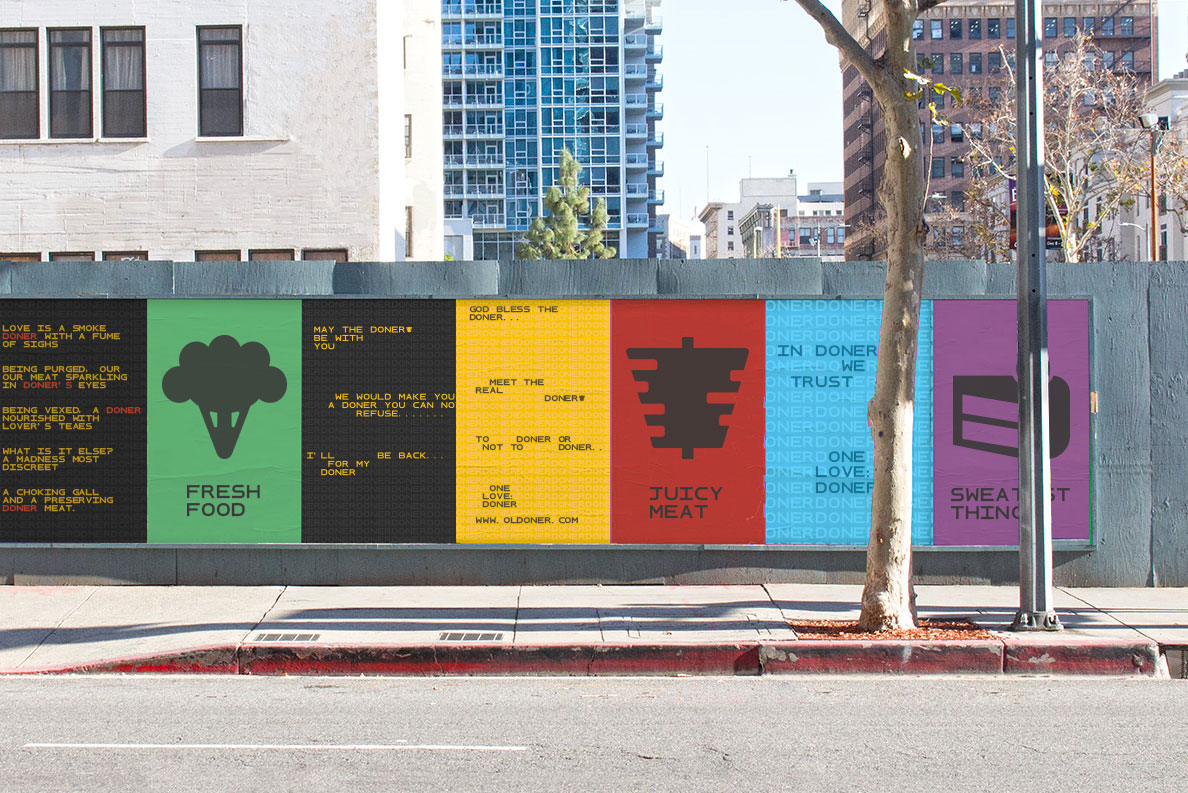 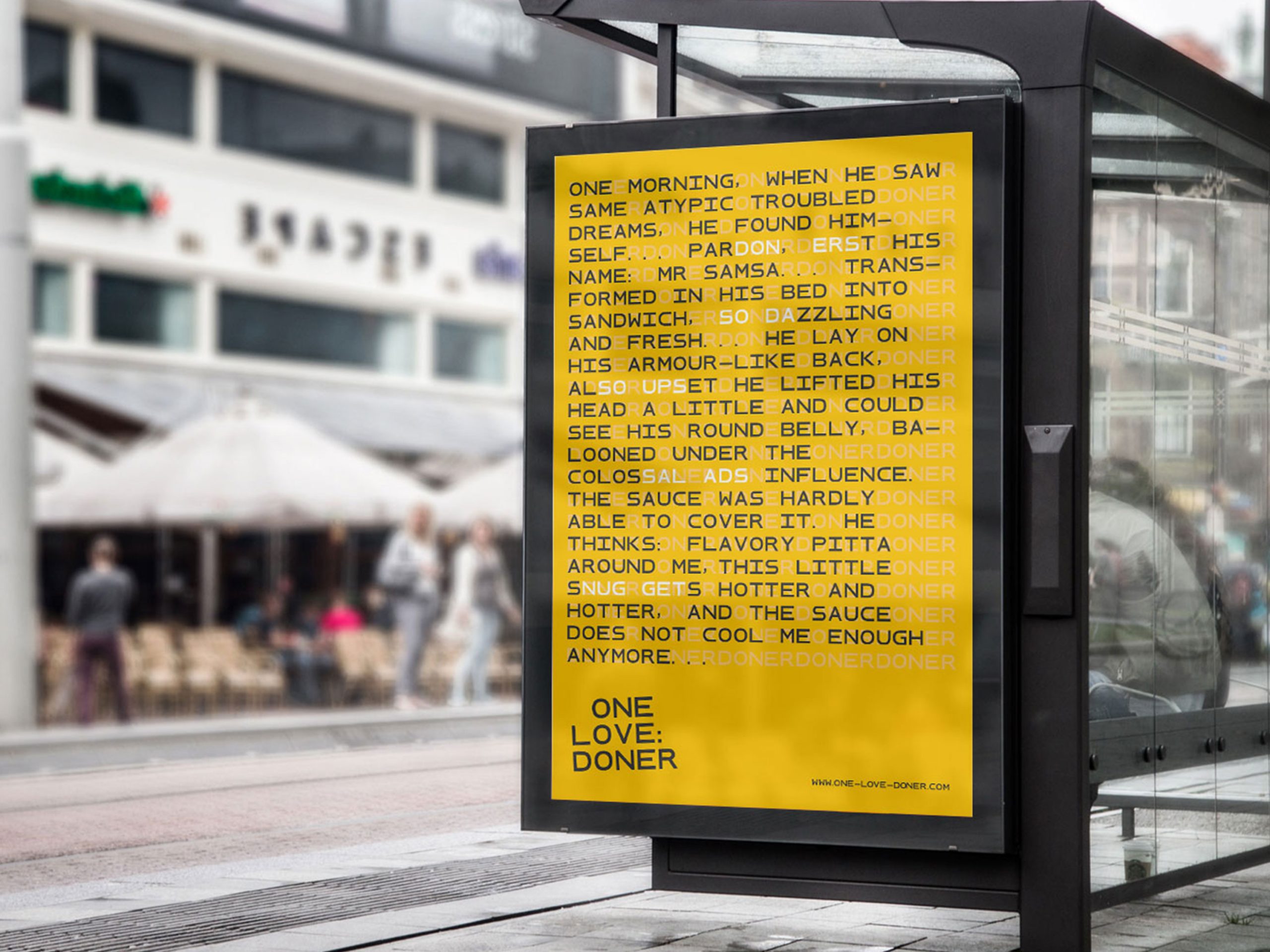 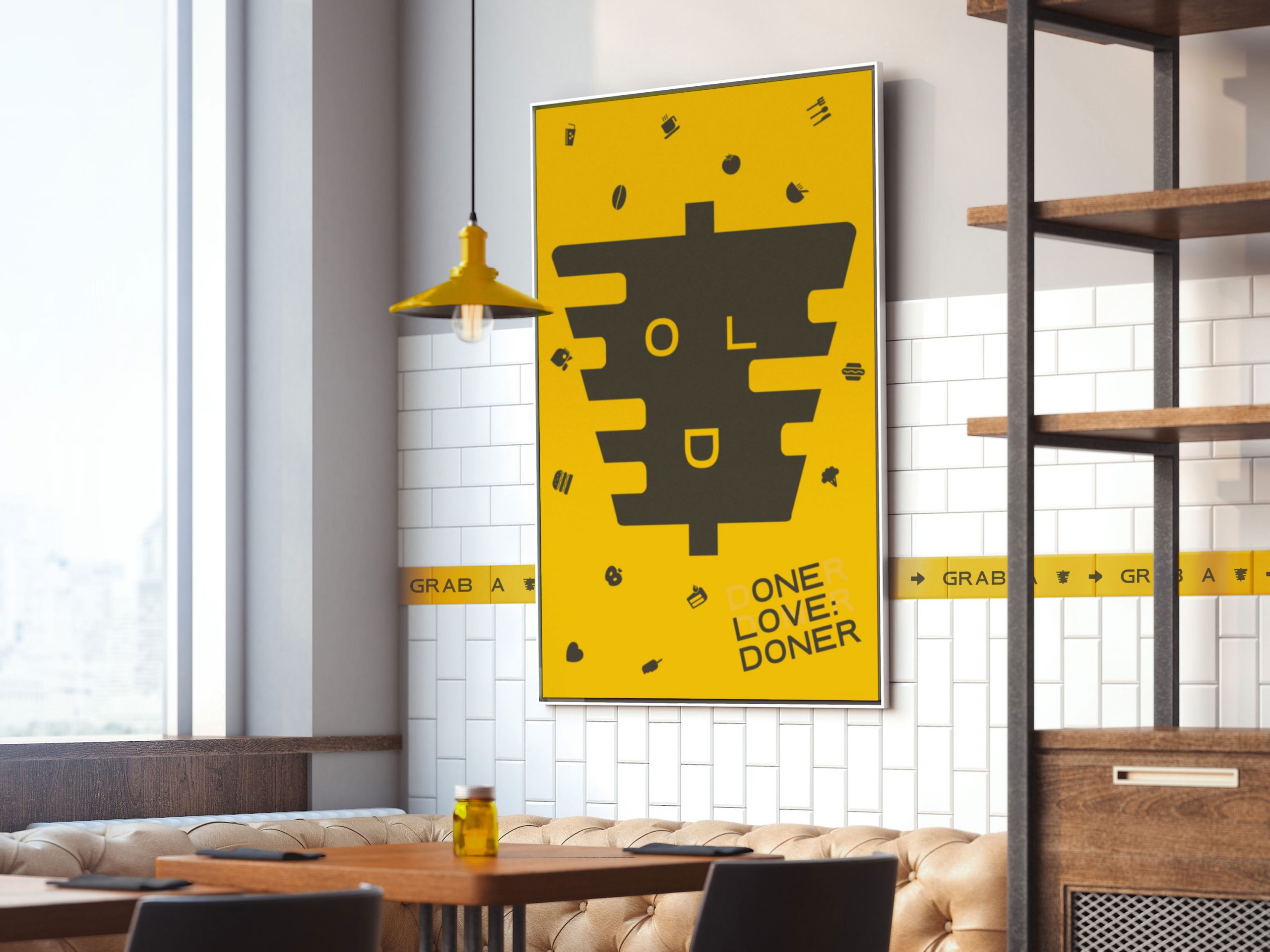 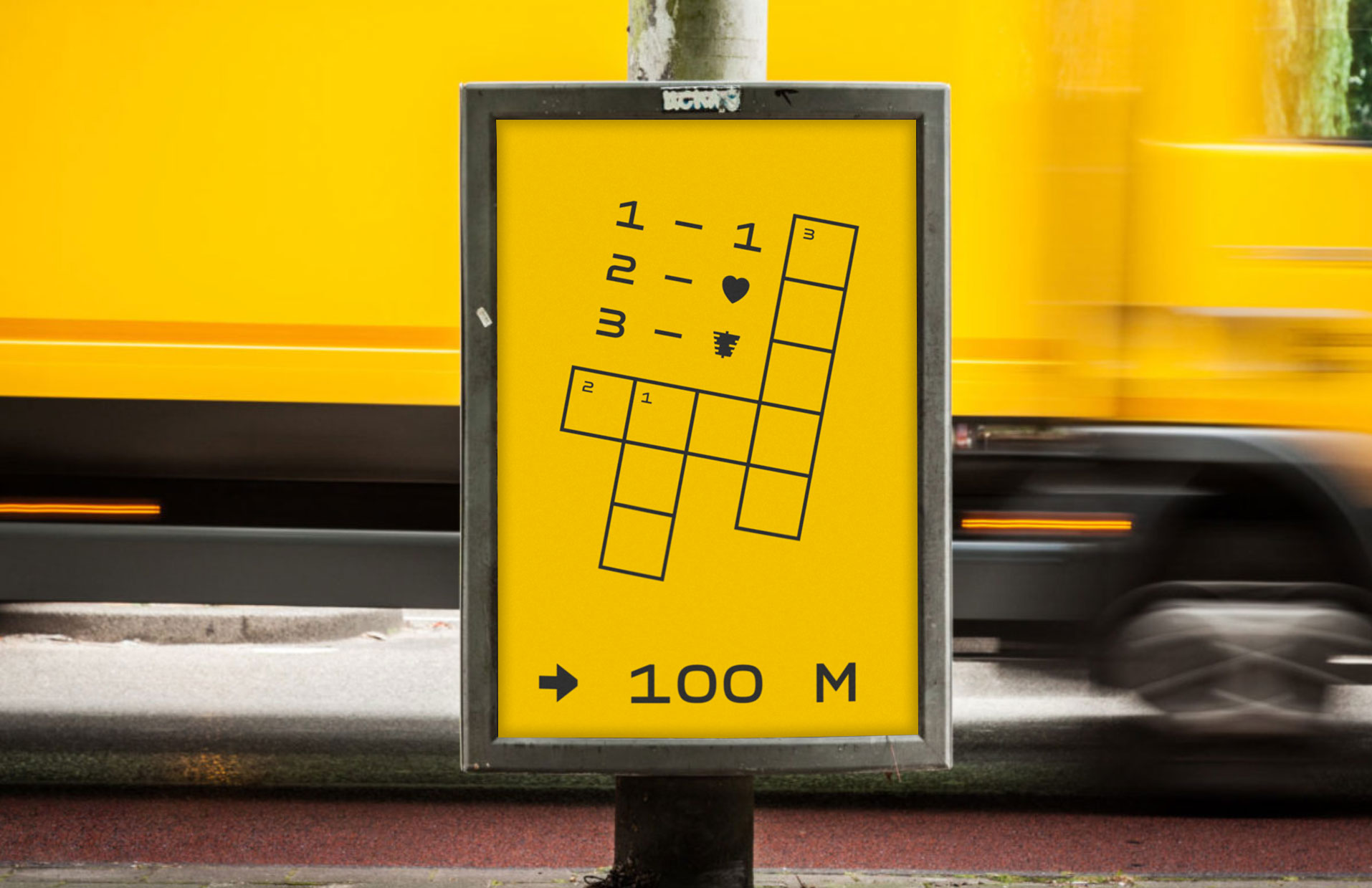 Send link via mail
Other projects 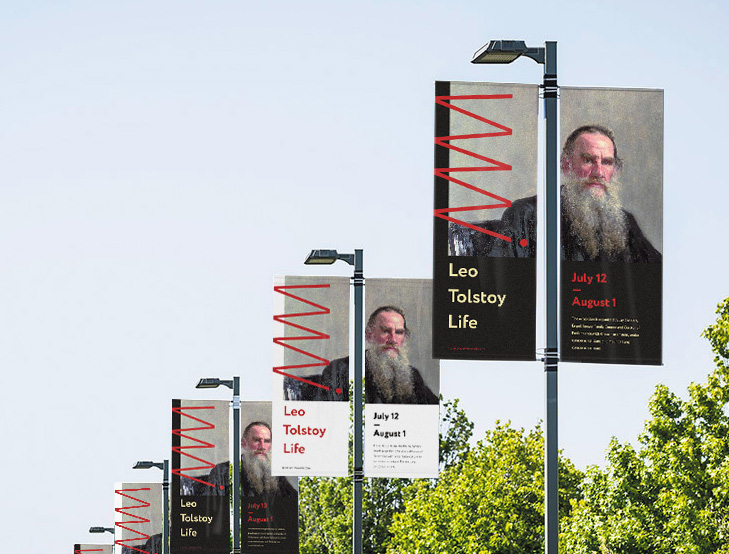